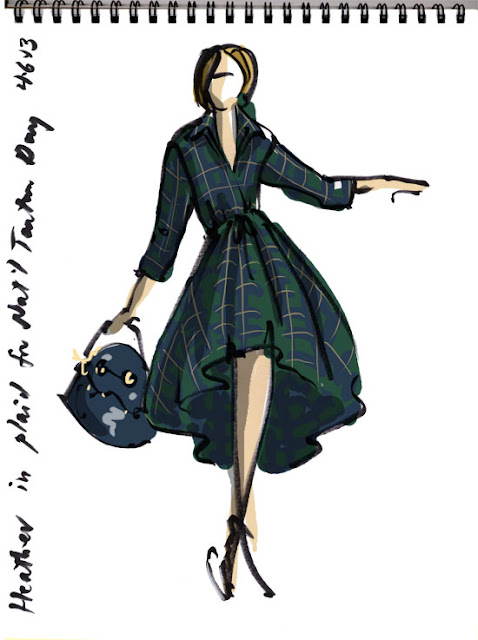 Heather of The Style Confessions
(an older post of hers, but she wore this yesterday)

So go eat some oatmeal. Or haggis. And drink scotch. Then play a round of golf.
Posted by Anne M Bray at 8:06 AM