the origin of spy girl

I found the original sketch of SpyGirl under an oleander bush outside my house. 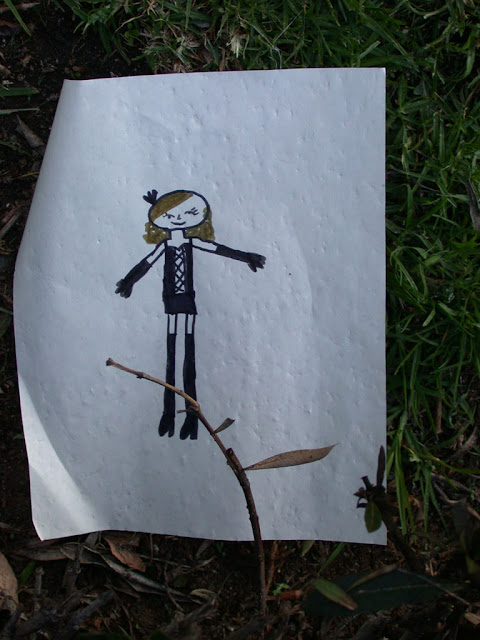 I was shooting "found objects" out on a walk for the Found It (Urban Artifacts) facebook group.
Saw a piece of paper, flipped it over, shot, uploaded.
Image haunted me so, after a couple of days, decided to bring it inside to my lair.
When I picked it up, the title appeared: Spy Girl 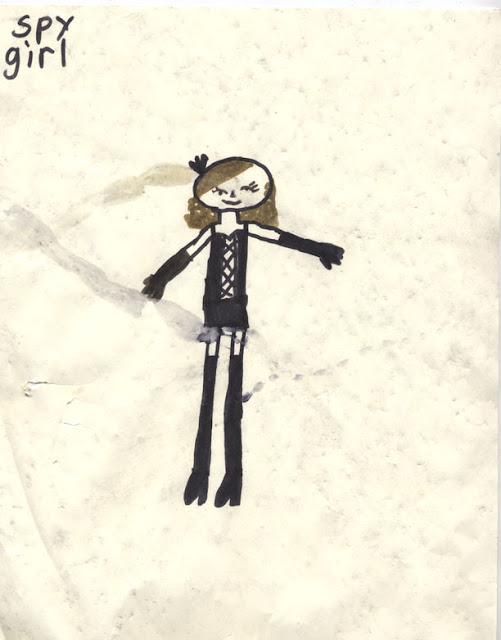 HAD to keep it then.
Unfortunately, the drawing had smeared a bit (snails, I think). But with a little photoshop touchup, I've got my new "fake" persona for International Fake Journal Month
and
the template for my March Journal project for ArtHouse [no longer online]
See the entire project here. 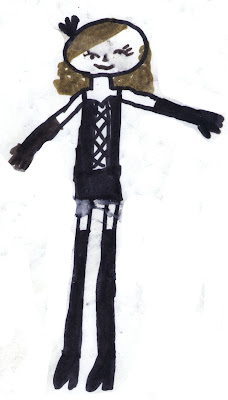