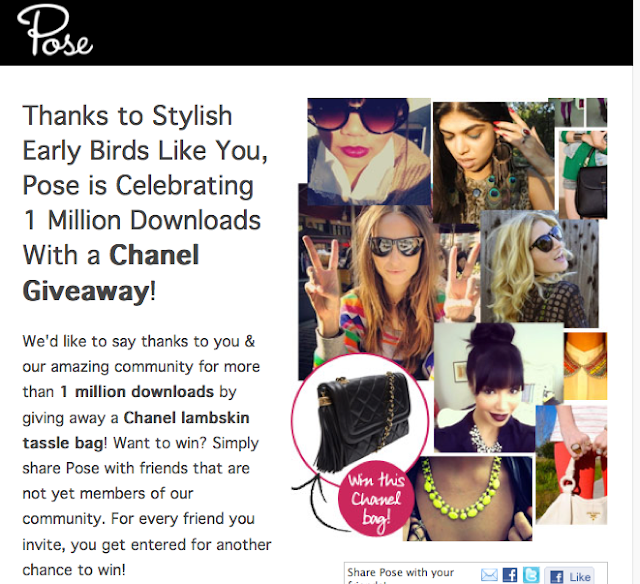 I got the above in the inbox this morning, so I figured it was time to release all my "Pose Paranoia" posts that I've kept in draft form. Pose is not as evil as I was beginning to think back in April. I was concerned by the amount of tweens/teens that were suddenly "following" me and the slightly sexual content that they were posting. I thought it would be very easy for creepy trolls to hide behind an alternative identity and stalk these girls. Still possible, but none fell for my secret SpyGirl bait. If you are a mom, and your girl has a smartphone, check over her apps and see what she's up to. I was invincible when I was a teen. I did stuff that was not so smart. Much worse can occur now, the world being what it is.

Will I be using Pose any more? I doubt it. The feed turned into a nightmare of clutter. Not enough privacy/editing possibilities. I DID find some cool "friends" who thankfully are using Instagram, so I can follow them there.

If you want to follow just the Pose thread, click here.
(It will include part of my 365 Photo project posts, since I was originally using Pose for it)