China: Through the Looking Glass at The Met,
Part 7 -- Wuxia

"For many Western designers, some of the most compelling fantasies of China are in wuxia, a literary genre that is more than two thousand years old. Wuxia, which roughly translates as 'martial hero,' relates the adventures of wandering swordsmen whose martial-arts skills are so highly developed that they can internalize their qi (life force) and unleash such superhuman powers as 'thunder palms,' 'shout weapons,' and 'weightless leaps.'"  -- from The Met's website 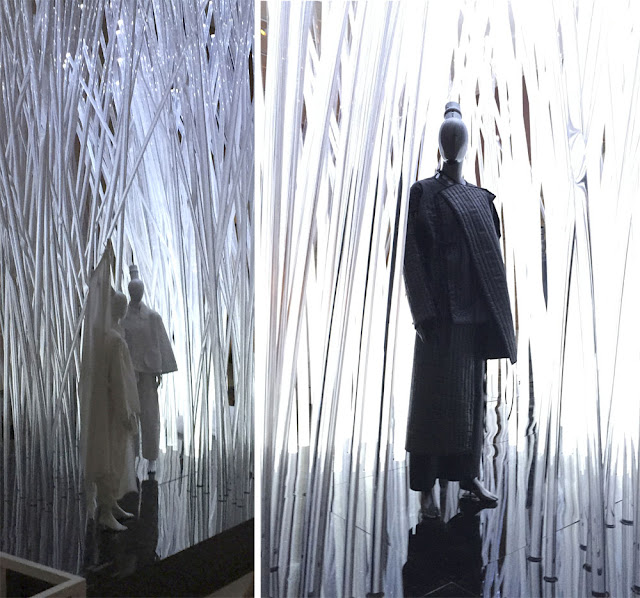 Can you sense my frustration? Usually, if allowed, I will take photos of the information when I take a photo of an art piece. This time I didn't -- I knew I was going to purchase the catalogue. I was hoping that EVERYTHING in the exhibition would be at least listed, if not photographed. Oh well. Perhaps I'll have the energy to track down the details at a later date.

On The Met's Pinterest board for China:Through the Looking Glass I found this nicely edited video about the exhibition.
It gives a good sense of the experience.