I combined two creative challenges during April 2015. I composed my posts as journal entries in the voice of my fake persona, Enid, for International Fake Journal Month.  Enid was tasked with organizing scarves. The A-Z theme was for the A-Z Blogging Challenge. The first link below will tell you more about Enid. 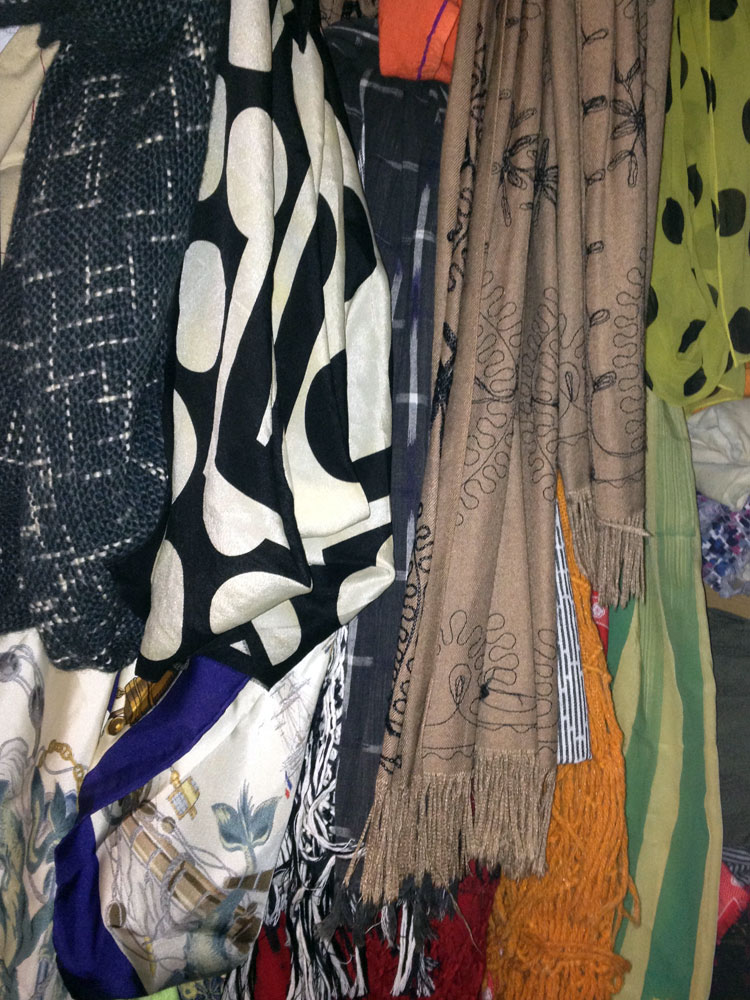 Here are links to all the Enid A-Z posts. I've included the additional Sunday posts.

Are You Ready for the Return of Enid?

A is for Anne M Bray Scarf

B is for Bill Blass Scarf

C is for California Souvenir Scarf

D is for Dosa Scarf

E is for the Evil Eye Scarf

F is for Fiorucci Dot Scarf

G is for the Ganesha Scarf

H is for Hermès Scarf

I is for an Ikat Scarf

J is for Juicy Couture Scarf

K is for Kenya Barbie's Scarf

L is for Laotian Scarf

M is for Mercedes' Scarf

N is for a Nancy Cook Smith Scarf

O is for the Oaxaca Rebozo

P is for Patucci's Knit Scarf

R is for Rosemary Brantley Scarf

T is for Territory Ahead Indian Scarf

U is for an Underwear Fabric Scarf

The Tee of Contention

X is for the X and Os Scarf

Y is for the Yellow Scarf from Patzquaro

Z is for the Zodiac Scarf 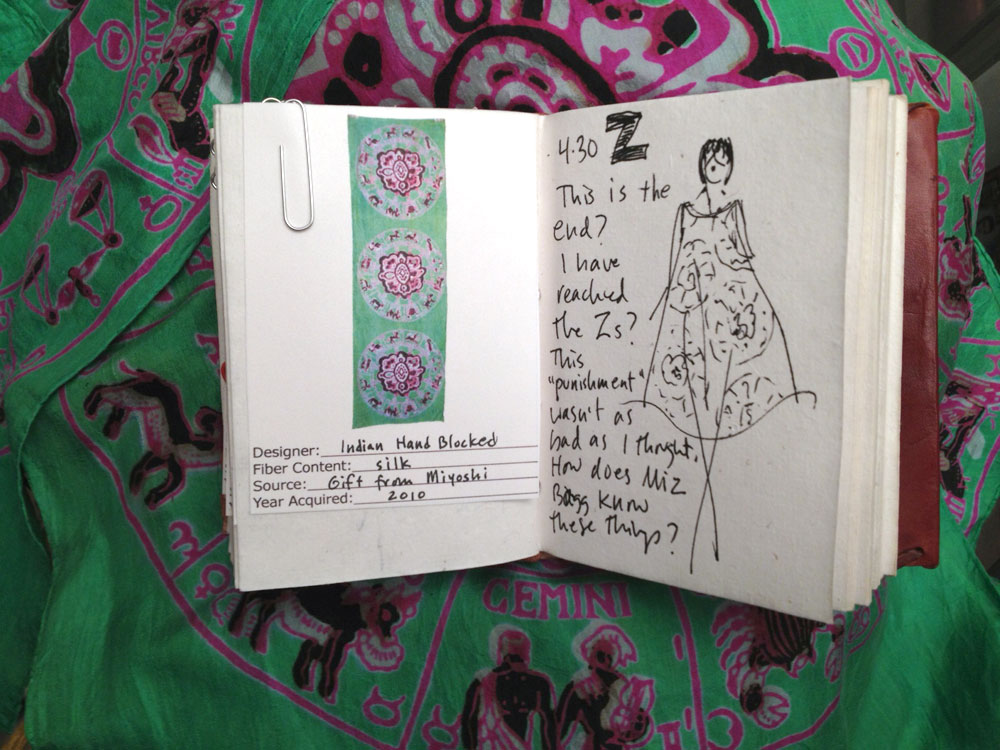 I had so much fun this time. The A-Z Challenge gave a good framework for the daily posts. Narrowing it down to A-Z scarves made it simpler, in an odd way.

I really like being Enid. I like her spunk. (Will she become a regular on SpyGirl? Maybe just maybe). The catalog card idea worked well. That part I was able to prep in advance so that all I needed to concentrate on were Enid's thoughts and designs. (I did my journaling and posts in the morning before my 6am pre-commute routine). I now want to make catalog cards for my entire wardrobe. Every garment has a story to tell.

The A-Z thing brought to mind my internship at M. Knoedler Gallery in NYC, when I was a junior in high school. They had just bought a second brownstone next door to their 70th Street location and had moved their library of auction catalogues and artist monographs. One of my duties was alphabetizing it all! (I did not "liberate" any tomes). Enid acted as a portal into my young awkward teenage self.

Using the same character for a second year made the fake journaling process all the easier. I was able to slip into Enid's skin like a comfortable tee.  Keeping to the black ink was frustrating and liberating at the same time. I could focus on the silhouette of my designs and not get distracted by color and pattern.

I'm already day-dreaming about how to approach next year. And I think Enid won't be side-lined until April 1, 2016. Her antics can be followed using this URL: http://spygirl-amb.blogspot.com/search/label/enid